Skip to content
To solve this puzzle, we first need to understand how children develop language acquisition in general and the Arabic language in particular

First language acquisition is a very complex, but very rapid, subconscious process that is fundamentally different from the process of learning a second language. Just think how hard it is for one to master a second language; It is a matter that may take many years and the learner’s linguistic competence will never reach the abilities of the people of this language. In general, mastering the Arabic language requires developing four skills: listening, reading, writing and speaking. However, the common factor between acquiring and learning Arabic is that acquiring or learning receptive skills (listening and reading) is easier and faster than in the case of productive skills of the Arabic language (speaking and writing).

Scientists have indicated that there is an innate predisposition in newborns to acquire language. Noam Chomsky – the leading linguist and most influential figure in modern linguistics – has an interesting theory of language acquisition. He points out that there is a so-called “language acquisition unit” in the human mind; It is a virtual unit that encodes the global rules of the language in the child’s mind to help him acquire the Arabic language.

However, this innate linguistic ability needs some basic requirements in order to function. For example, a child must be physically able to send and receive sound signals; That is, he has a correct auditory and speech apparatus. He should also have the opportunity to interact with other users of the language to provide him with examples or language input. A study conducted in the 1990s referred to the case of a child who had normal hearing but who grew up with deaf parents, so he could only acquire the sign language that the trio used to interact with each other. Although the parents had exposed their child to spoken Arabic through television and radio, he was unable to understand and speak it.

As they acquire a mother tongue, children not only imitate the phrases they hear around them; Imitation as a process of language acquisition has not gained much support among researchers, and there has been much evidence against it. Children who cannot yet speak can understand what they hear from others. I was really surprised when my child was so understanding and responsive to what I said to her when she was not yet able to speak. Even after children pass the inability to speak, they are still unable to imitate adult speech due to their limited knowledge of Arabic grammar and sentence structure. 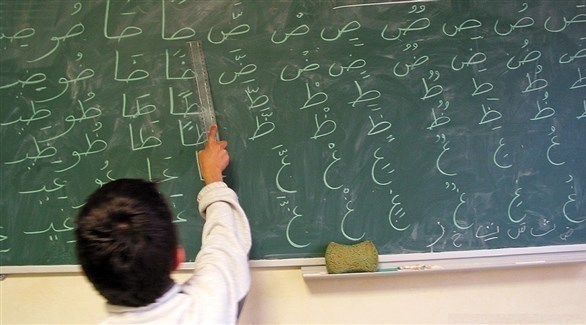 The unexpected mistakes that children make also demonstrate that they do not acquire a stock of phrases, but a set of rules that help them generate new ones. Let us return again to the example mentioned in the first article; Of course, Yusuf was not copying what he had heard from an adult when he used the word “Byzeha.” What he did was a wrong morphological derivation to make a new form of the colloquial Arabic verb “baz” which is “baiz”, and this is by analogy with some verbs such as the past verb “changed”.

Similarly, children who acquire English as a first language usually treat irregular verbs as regular verbs. Instead of “held” and “went,” they use other words such as “holded” and “goed.” This is because they apply the suffix “ed-” rule to the verb to derive the past tense. The same applies to the suffix “-” used to derive the plural form of nouns; We may hear children say “toothes” instead of “teeth,” and other examples. Some children may even mix two different bases to derive words such as “womens” and “broked.” And you can measure it if you learn Arabic

Also, the acquisition of phonological abilities manifests itself when the child’s ability to speak Arabic is still modest. You may find children’s loose pronunciation amusing; In fact, they perform complex subconscious phonological processes. I bet we’ve all heard a little kid say the /k/ sound instead of the /i/, like in “eat” instead of “go out” or “tat” instead of “cat”. My two-year-old daughter pronounces the word “manneh” instead of “cheese”. This process is known as the “consonance of silent sounds”; Where the child uses silent sounds that he finds easier to pronounce than those in the word, but it makes a sound close to the original sound. Another phonological process is the “simplification of successive silent sounds”; where they do not pronounce one or more silent sounds of the word to simplify it;
The first stage of acquiring the Arabic language is “sound perception,” during which infants comprehend the sounds they hear in the first months of their lives. In response to these sounds, infants begin to turn their heads toward them. Then the young ones begin to develop different patterns of shouts that they use to express different needs in Arabic, and they are also able to produce a sequence of vowel sounds.

By the age of four months, infants develop the ability to articulate syllable* and begin to produce single-syllable sounds such as “ga” and “ka”, in what is known as the cooing stage. The third stage, known as babbling, begins between the ages of six and eight months. During this time, young children are able to produce multi-syllable phrases that include both silent and vowel sounds, such as “ba-ba-ba”. Soon they learn to pronounce new consonants and produce more complex syllables, such as “ma-da-ga-ba”. Although these sounds have no meaning, this ‘early language’ provides the child with some experience about the social role of speaking Arabic.

Between the ages of one and one and a half years, children use single words to ask for things or express their feelings in Arabic. By the age of 20 months, babies’ vocabulary exceeds 50 words and they begin to use a variety of two-word phrases such as “eat mama”. The interpretation of single words or phrases consisting of two words depends on the context of the conversation in Arabic. For example, if a child says “toy” (or a toy), he will either name the thing in front of him, or he will say, “I want a toy.” Likewise, the phrase “mama’s juice” may mean either “my mother drinks juice”, or “this is my mother’s juice”. By the age of two, children can say nearly 300 words and understand five times that number in Arabic. After that comes the sixth stage known as the “telegraphic speech stage” at the age of two and a half years. At this stage, modest synthetic capabilities appear; Where the child develops the skill of constructing sentences in the Arabic language. And then begins to construct phrases consisting of meaningful words (nouns, verbs, adjectives, etc.) and not including functional words (definitions, prepositions, etc.). Examples of “telegraphic speech” are: “Nono plays a garden” and “Baba Rah Bey Obayya.”

Finally, at the age of three years, the vocabulary grows to include hundreds, the grammatical abilities and the structure of sentences in Arabic advance, and the pronunciation becomes closer to the speech of adults. In general, children’s Arabic develops according to roughly the same timeline that correlates with brain maturation; But different cases are always possible.

There is no doubt that human beings’ linguistic faculty is a great gift from the Creator. It is the most complex communication system through time without competition. The process of acquiring the Arabic language depends on highly complex cognitive and biological mechanisms that have long puzzled thinkers and linguists. Despite the evident linguistic diversity across time and space, this great human capacity to use language is a universal ability shared by all.